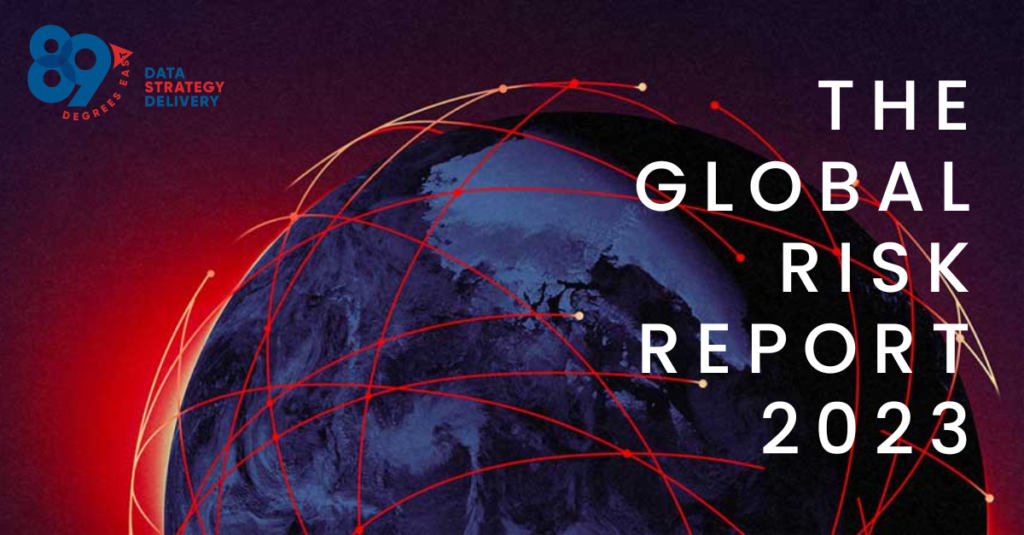 With much of the world still grappling with the COVID pandemic, alarm is growing that health care systems are on the brink of collapse in many rich countries, including here in Australia.

Years of chronic underfunding have triggered bed and staff shortages, which have pushed our public hospitals to breaking point and put patients’ lives at risk.

Primary care is also in dire straits with Federal Health Minister Mark Butler declaring that general practice is “now in the worst shape it has been in the 40-year history of Medicare … if we don’t do something, this system is in real trouble.”

The crisis is the result of major structural issues such as a diminishing workforce with not enough medical graduates choosing careers as GPs.

The supply side constraints have been compounded by the exploding demand for quality health care caused by the aging of the population and the emergence of more complex chronic diseases.

Mark Butler is flagging the biggest overhaul of Medicare funding since its inception, which will include making primary health networks more fit for purpose. The Minister says

“If we think we’ve got a problem now getting in to see a GP, think five, 10, 15 years down the track if we are not able to turn those numbers around.”

But even with system-wide reform, the provision of community health services will likely face unbearable pressure from the greatest threat to human health – climate change.

Over the next decade, six of the top 10 world risks will involve climate and the environment, including the failure to mitigate climate change, the failure of climate change adaptation, natural disasters and extreme weather events.

Associated risks, such as large-scale involuntary migration, have also made the Top Ten.

The interconnectedness of global risks is giving rise to the threat of ‘polycrisises’ in the years ahead, with health care set to bear the brunt of severe weather events which have been made much worse by climate change.

The health consequences of global warming are well documented – more than 5 million deaths world-wide each year are linked to heat waves, bushfires, air pollution, waterborne diseases and the disruption of food systems.

The impact on mental health is also becoming clear.

A groundbreaking survey by the Climate Council, supported by Beyond Blue, has found that 80% of Australians have experienced some form of climate-fuelled disaster since 2019 including heatwaves, bushfires, droughts, storms and landslides.

More than half (51%) the respondents report that their mental health was impacted, while more than one third (37%) say that the available mental health support was insufficient.

Unless policy makers respond much more aggressively to the multiplying crises, ailing health care systems – both physical and mental – will be placed under even more strain by increased GP visits, hospital admissions and other medical costs.

While climate change concerns will dominate the coming decade, the Global Risks Report has ranked cost of living pressures as the most severe world risk in the short term.

The economic fallout from the COVID pandemic and the war in Ukraine have ushered in skyrocketing inflation which is exacerbating inequality across the world.

“The short-term risk landscape is dominated by energy, food, debt and disasters. Those that are already the most vulnerable are suffering – and in the face of multiple crises, those who qualify as vulnerable are rapidly expanding, in rich and poor countries alike.”

Higher food and fuel prices are already stoking unrest and political instability with energy inflation sparking protests in over 90 countries. 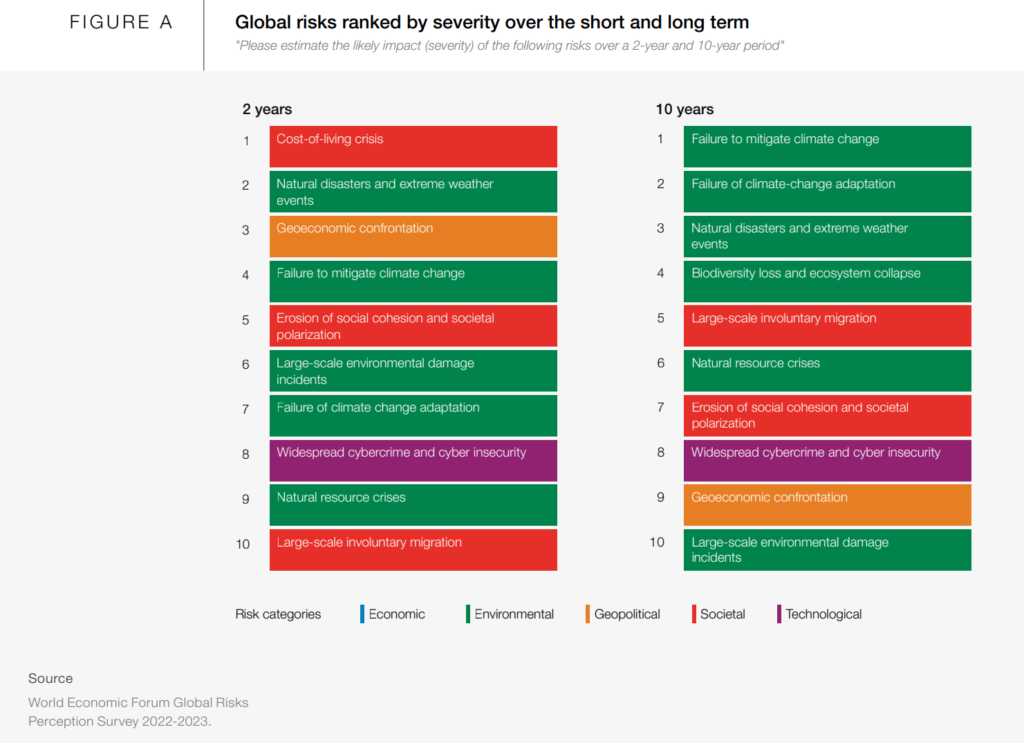 Carolina Klint is the Risk Management Leader at Marsh McLennan, which co-authored the Global Risks Report with the WEF.

She warns of the possible repercussions for social harmony if food and energy crises continue to push up prices.

“No country is immune to social erosion caused by lack of affordability and availability of basic necessities - and that is really important for us to recognise. Cost of living pressures and food insecurity could provoke civil unrest and instability.”

Australia is not immune to the dangers posed by the escalating cost of living, given the impact on economic inequality and general social and political cohesion.

Community divisions have already been exacerbated by a growing distrust of government brought about in large part by the management of the COVID pandemic (vaccine and RAT shortages) and the response to recent natural disasters particularly the perceived lack of preparation and playing down the climate link.

Faced with the most difficult geo-economic conditions in a decade and the further fracturing of society, Australian governments will find it even harder to meet the near-existential challenges which are threatening the health system.

Mark Butler’s planned revamp of Medicare funding is both welcome and long overdue.

But its efficacy will be undermined unless there is a concerted whole-of government and national effort to confront the short term and long term risks before they cascade into catastrophic ‘polycrises’ which push the health system to the brink – and beyond.